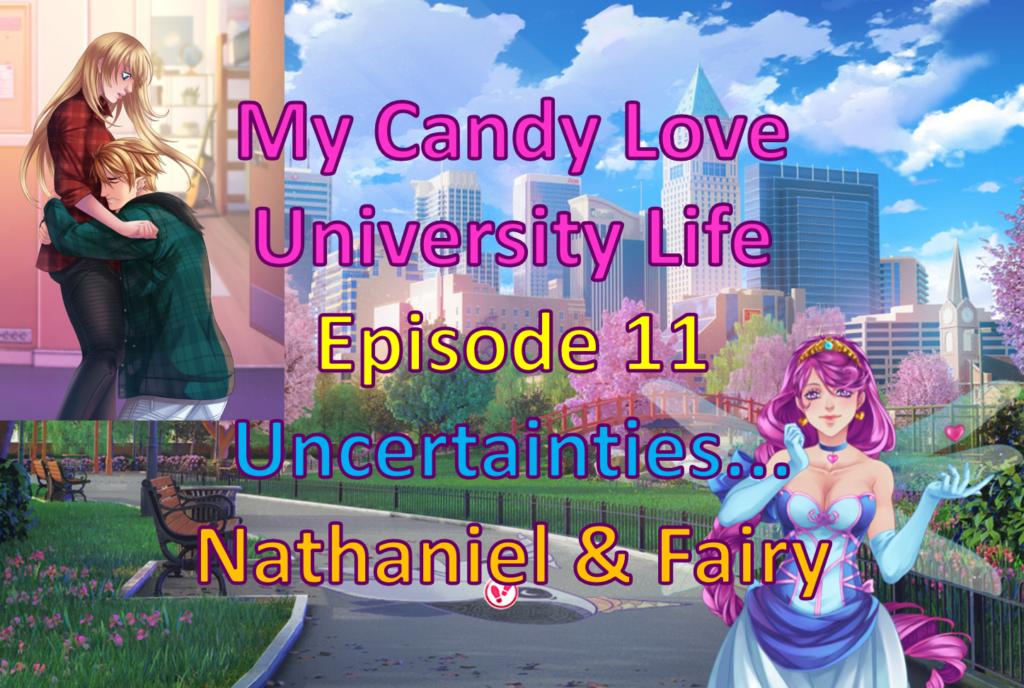 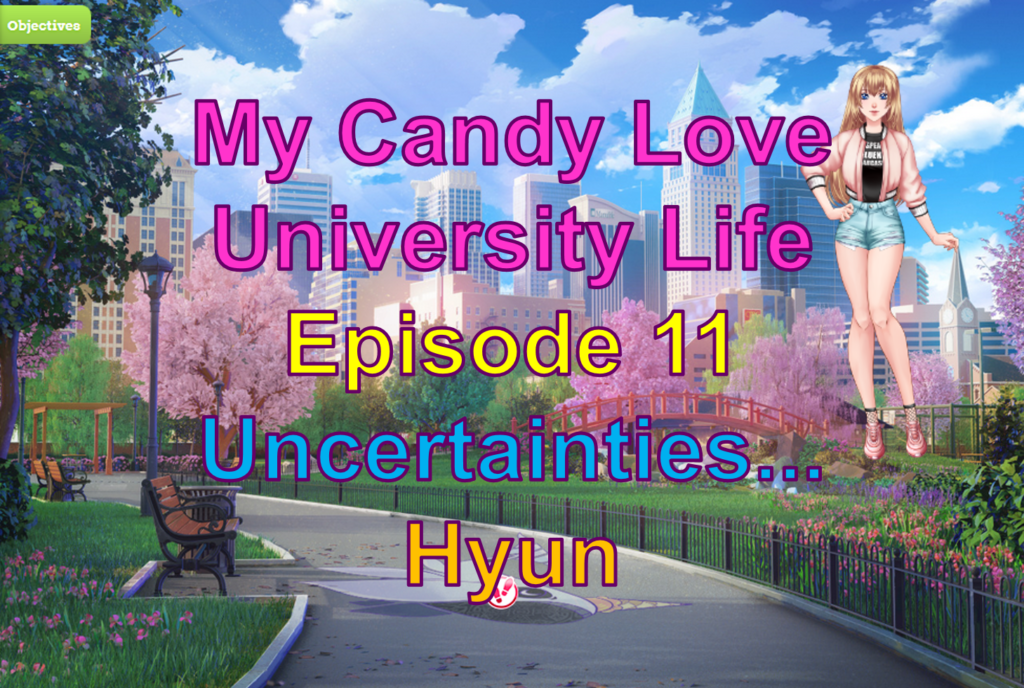 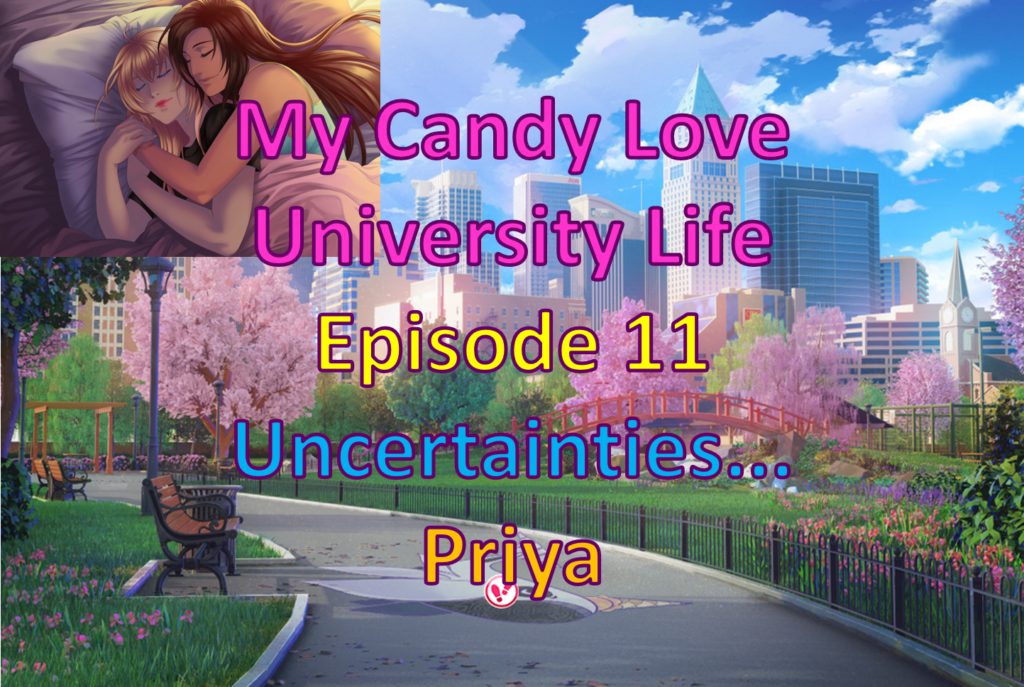 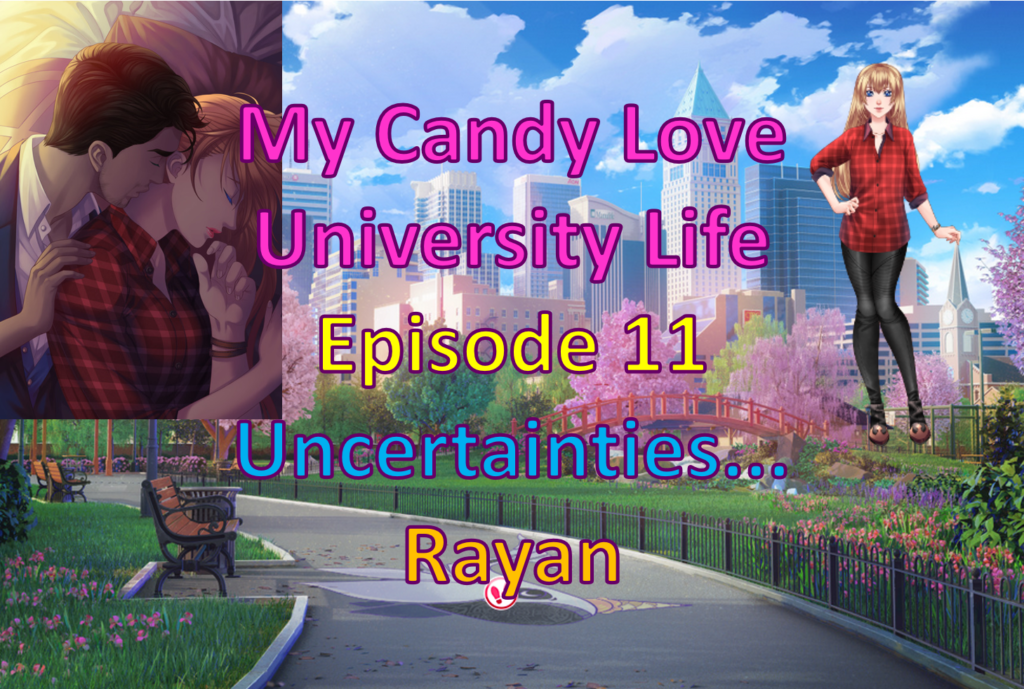 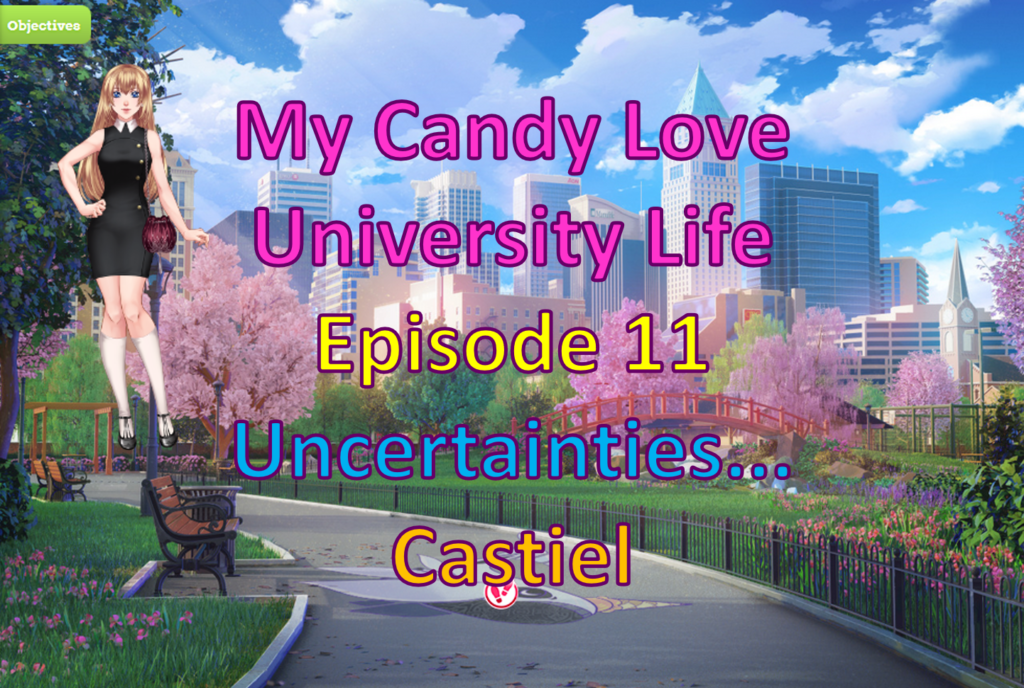 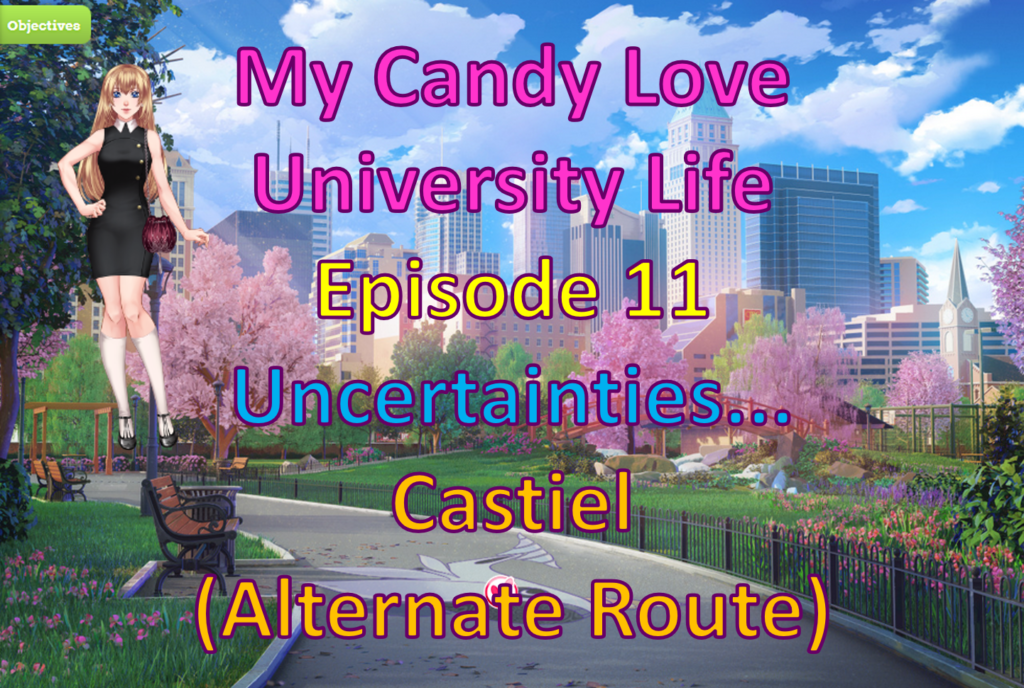 Illustrations: 5 Total. You can get 1 out of 5 in a single playtrough. The illustrations are based on outfit. Only Castiel’s route is based on dialogue choice.

Fairy/Auntie: Dining Hall before changing your outfit. You get a cat. 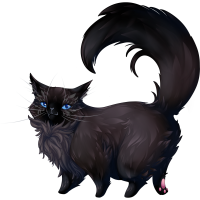 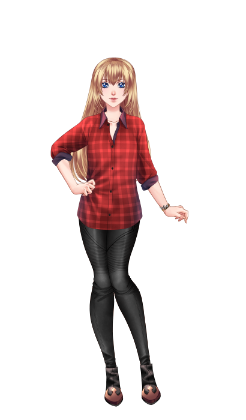 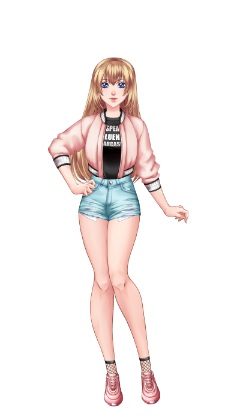 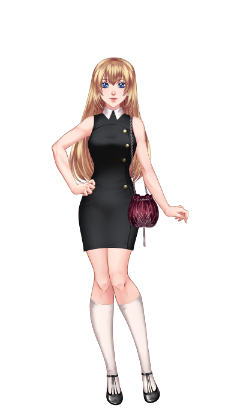 You start the episode in Chani’s room. You just woke up. You fell asleep after everything that happened in the last episode. To recover you go back to your own room. After a little while Chani’s comes to get you to eat something. You go to a Japanese restaurant and eat sushi.

It’s the sushi effect, they’re sacred of me.

A. Things seem better between you and Yeleen? Did the presentation make you closer? +
B. Thanks for bringing me here. You’re right, going out helps. /

You seem really upset, keeping your problems to yourself has never solved anything.

After dinner, you go back to your room.

You go to your bed. The next morning you go check your mailbox. You get a letter from your mom. The letter says that she sent you a package. The mailman had lost it. You go looking for it. The package is in front of Sweet Amoris High. 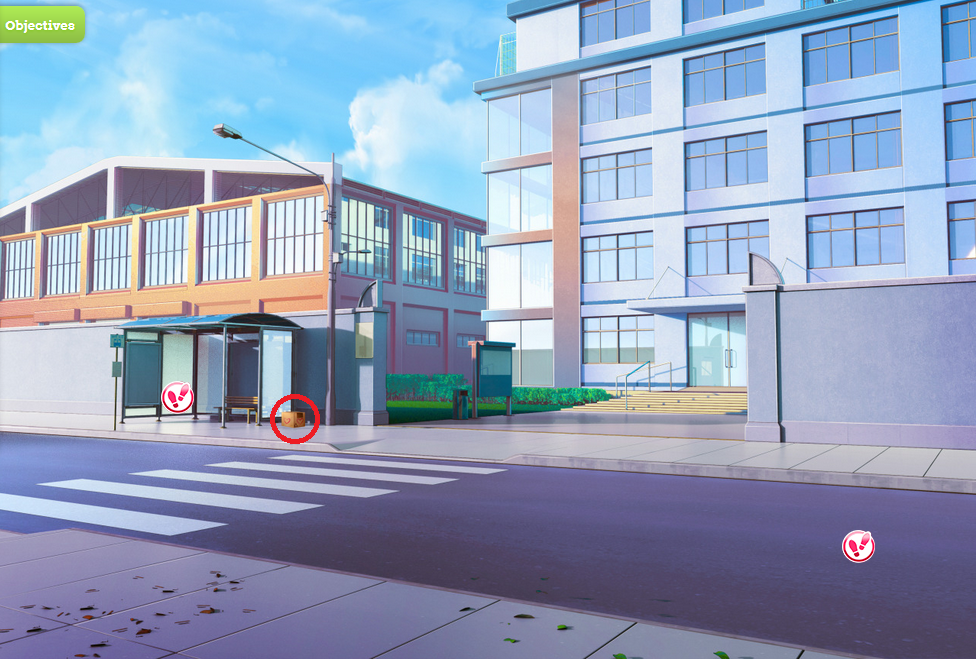 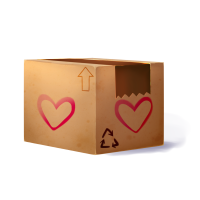 In the package were pictures from your high school-time. You go back to the campus to eat something in the cafeteria.

Hey! Can I sit with you? There aren’t a lot of empty seats.

A. Yes, but I’m not staying long –
B. Of course! /
C. Yes, sure. And, by the way, did you manage to finish your part of the presentation on the Vikings? +

You have modern art class from Rayan. He will send you outside to take pictures of art. These are the pictures you must make:

In front of the University: 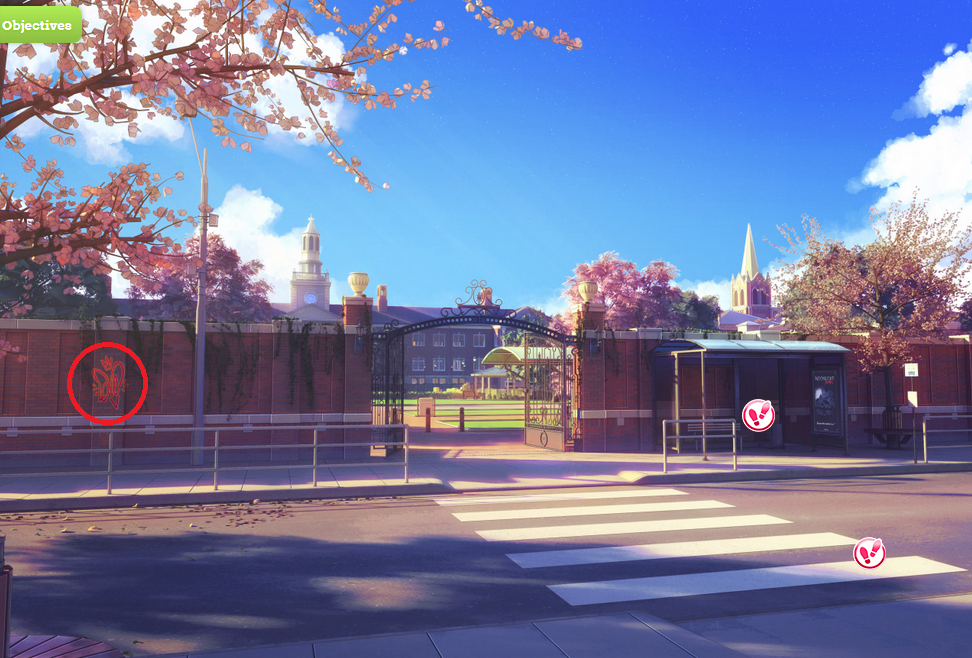 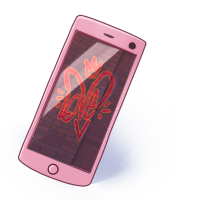 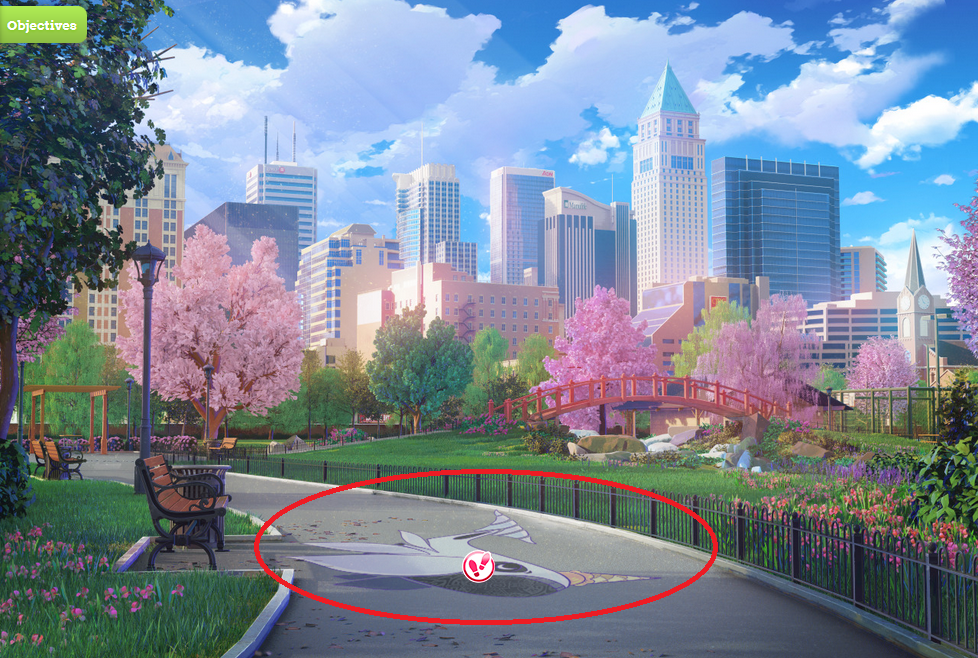 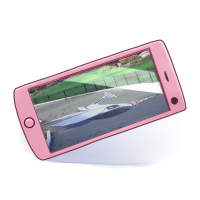 In front of the café: 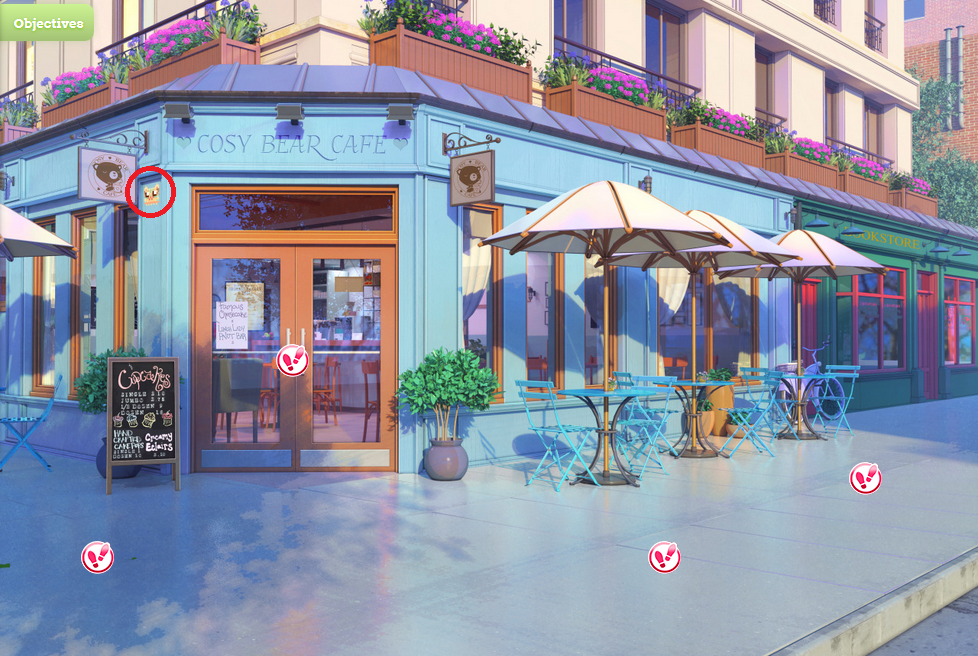 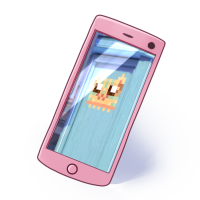 When you are on Rayan’s route, you walk into him while taking the pictures.

Have you found three?

I’m putting myself at risk doing this and especially… I’m putting you at risk.

A. Are you telling me that you want us to stop seeing each other? /
B. Wait, is this some kind of joke? –
C. I understand. +

You will have a few other classes and then you go to Rosalya. On your way you run into Alexy.

A. I Noticed you quit the group chat… /
B. I’m sorry about what happened yesterday. +

Thanks for asking, but no. There’s nothing to say.

A. Just the opposite, I think there’s lots to say, it’s just a misunderstanding! /
B. You both need a little time, that’s all. You… +
C. The timing was bad to talk about adopting, she was… –

Then you go to Rosalya’s apartment.

A. How’re you doing… / or +
B. I ran into Alexy on my way here, out front… He Seemed pretty worried. –
C. I thought you were going to stay at the hospital longer… anyway, I’m glad to see you on your feet. / or +

Rosalya: (When you are on Nathaniel’s or Castiel’s route, and he was your ex)

What’s that supposed to mean?

Rosa fell a sleep. You go back to campus. On your way you meet Nathaniel, Hyun or Priya if you are on one of those routes.

A. Wait, is this a joke? You’ve got to be kidding! Did you take me for one of those girls who sleeps with you without knowing your
name? –
B. I know what you’re going to say. I’ve heard enough… ( A lump in my throat, I got up and headed to campus.) / or +
C. Are you telling me we’re stopping here and now? What’s that supposed to mean, you “can’t”? / or +

You’re right, it hasn’t started. That’s why it’s better to stop everything as of now.

A. Tell me that kiss didn’t count for you. Tell me you didn’t feel anything. +
B. Fine.
C. To think I believed it. I won’t make the same mistake again. / or +

I won’t be at the café this week. It’s my aunt 60th birthday, and we’re celebrating all week.

A. In any case, I’m not working this week either, Clemence emailed me the schedule and she didn’t put me on it. /
B. Are you sure everything’s OK? It seems like something’s different. –
C. Will I see you around some time soon? /

Sorry, I gotta go. But let’s catch up later, OK?

A. Y-yeah, right, later.
B. I would’ve enjoyed spending the evening with you, eating pizza, me too… +
C. No, drop it… obviously you have more important things to do.

You go back to your room. You get the choice of texting someone. It doesn’t matter for the illustration if you do it or not.

A. (No… I’m sure that’s not what he really wants deep down. He’s making that decision in hopes of protecting me. From what I don’t really know, but I’m going to text him, you never know.) /
B. (I switched off my phone… No way I’m texting him) /

A. (I’m going to send him another text, we’ll see…) /
B. (I skimmed through the comments… They are all crazy about him. I finally switched off my phone.) /

A. (I feel like sending her a text!) /
B. (I hesitate about writing her, but no… I already did that last night. I’m not going to add any more, that’s enough. She’ll end up answering me.) /

A. (I feel like sending him a text. I refuse for to end with that conversation) /
B. (Pff… I switched of my phone. I’m going to try to get some sleep.) /

The next day you have school. Nothing special happened. You go to your room to study, on your way you meet Kim.

We’re going to do a photo shoot and all that. So I’m coming to bring her the contract drafted by my boss to see if it suits her.

Right. How are you?

The rest of the week went by, until the day came that you have your presentation with Melody.

Over the centuries, the art was organized into several styles, including Broa, Mammen, Urnes, Ringerike and also some more well- known…

Then you go to your room. You have to choose your outfit.

Chani takes you into town.

Darn… I get the impression it’s a private party.

A. So Chani… Come on let’s drop it. /
B. Weird, I mean I know a regular here really well, a guy named… Nathaniel! That doesn’t ring a bell? /
C. Oh but it’s because you gave our nicknames Chani! Sorry, we must be listed as Marie and Pauline. /

You go inside the snake room.

It looks like he’s bored to death and dying to come talk to you.

A. The video clip was incredible. I can’t believe the success you’ve had. Are you dealing with it well? /
B. Fine, what about you? /
C. Fine, thanks again for getting us in. Before we got here, we thought it was an ordinary night at the Snake Room. +

Answers if you are on Castiel’s route.

A. You mean since you kissed me in front of a herd of groupies then left me without any news for the a  week? +
B. Just fine. /
C. I was surprised to hear from you after our evening… But I’m fine. What about you? –

Castiel takes you home to listen to some music.

A. Hmm, I prefer another little band, but you probably haven’t heard of them, they’re called Crowstorm. /
B. It’s awesome! +
C. I need to hear more of it to know if I really like it. –

A. One night… with no tomorrow, you mean? /
B. That’s an interesting… suggestion… /
C. (I pulled my hand away from his caresses.) /

What do you say…?

If you choose the answer towards Castiel’s illustration you will get it and spend the rest of your night/episode with him, otherwise you run home and come across the one you kissed last episode.

She refused to let me in to wait for you.

A. So did you come to say you’d changed your mind about the matter? / or +
B. Did you come to rub salt in the wound?
C. Doesn’t it bother you to learn that Chani knows? +

I’m willing to leave the school for that. After all, it’s just a job!

A. No, that’s out of the question. You like your job more than anything, you’re not going to quit because of me! / or +
B. Really? Are you sure? Would you be capable of that? /
C. Anyway, if you and I want to give it a try, that’t the only solution. It’s either you or me who leaves this place.

I’m so afraid it’ll all blow up in your face, I don’t want to put you at risk like that.

Every time, my pulse speeds up strangely. I can’t  control what I say… I panic.

A. Me too, it has that effect on me when I run into you. +
B. I’m reassured… I was so afraid that you regretted what happened last Saturday. /
C. You don’t need to panic when you see me, it’s just me.

A. I’m sorry for having thought you had changed your mind about last Saturday… Between no getting no texts and all the rest, I imaging things… +
B. I’m really glad you came back early to see me, thanks.
C. You left your family to come see me, that must have been a hard decision. / or +

Maybe I could sleep here.

What about you… how do you feel about last Saturday?

A. It was… totally wild. I still can’t get over it. +
B. I hadn’t heard from you, despite my texts, that worried me… Seeing you with Tara didn’t help.
C. I don’t know… I need to experience more of it to figure out what’s going on in my head.

Wanna watch a movie or a series, or just talk?

A. If we start anything, I’m likely to fall a sleep. I’m exhausted.
B. I just want to be with you… doesn’t matter what we do. /
C. A series sounds good to me!

You will have some more dialogue with your crush and then you get the illustration.

With Nathaniel you will have one more choice of conversation before the episode ends.

And this is the end of episode 11.