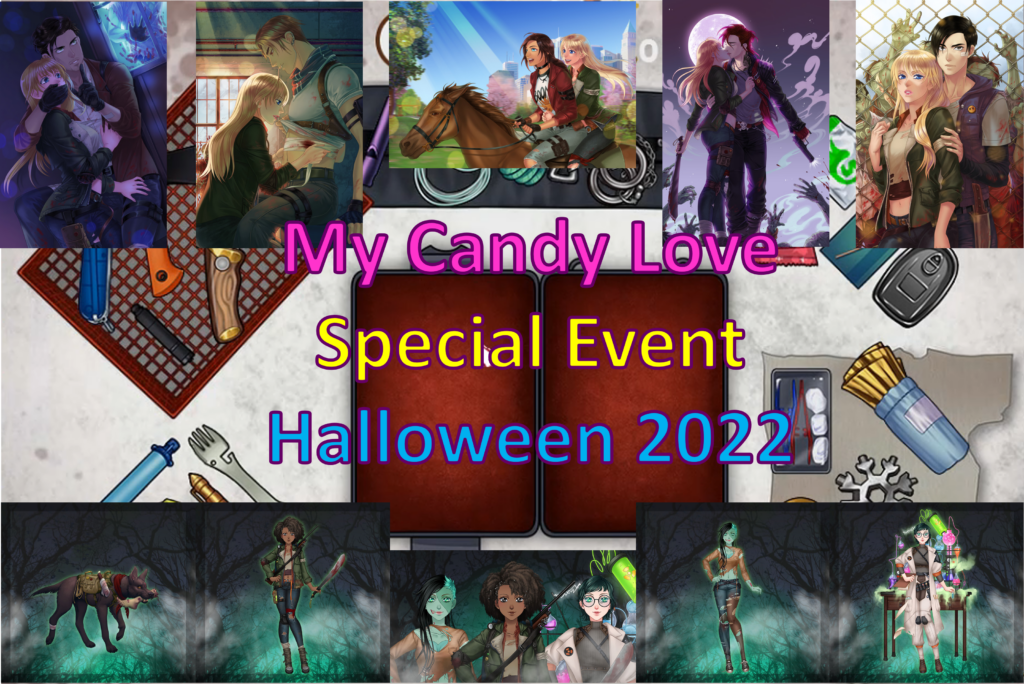 My review
Outfits in all color options

It is Halloween on My Candy Love. It starts 21 October 2022, and it will last until 31 October 2022. So, you have 11 days to complete this event. In this event, you have to make survival kits. You get to see it for a few seconds, and then you have to remake it. Try to get as many survival kits done as you can in 40 seconds. Every time you play, you have to give a bow. You get three bows every day, you can also play again for 50 AP or buy a survival kit for 10 AP. After every 7 survival kit, you will get an item for the Scavenger outfit. After you have made 35 survival kits, it is time for the dates.
You get to go on a date with Hyun, Nathaniel, Rayan, Priya and Castiel. Every date cost a bow or 50 AP. On those dates, you will have to answer four choices. Every choice cost a bow or 50 AP. When you answer wrong, you can try again. After every date, you will get an item of the Infected Outfit and an illustration.
There is also a community bar. You can fill it by making survival kits. But it is a group effort. Because it depends on how many survival kits, everyone that my candy love plays make. So if the whole community makes enough makes, you will get the Sirius bonus.
You can also get one outfit at the bank. In total, you can get 5 illustrations, 3 outfits and 1 bonus item. 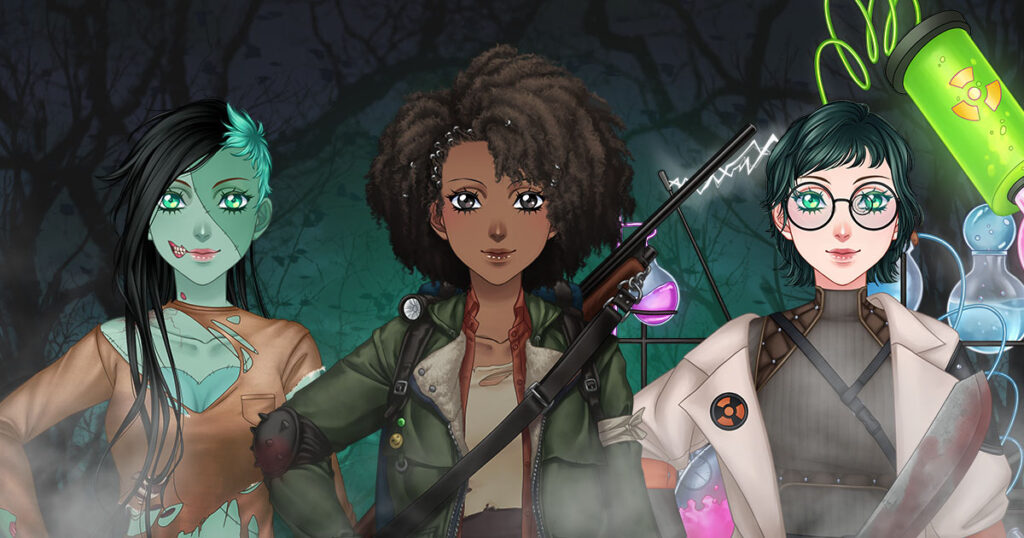 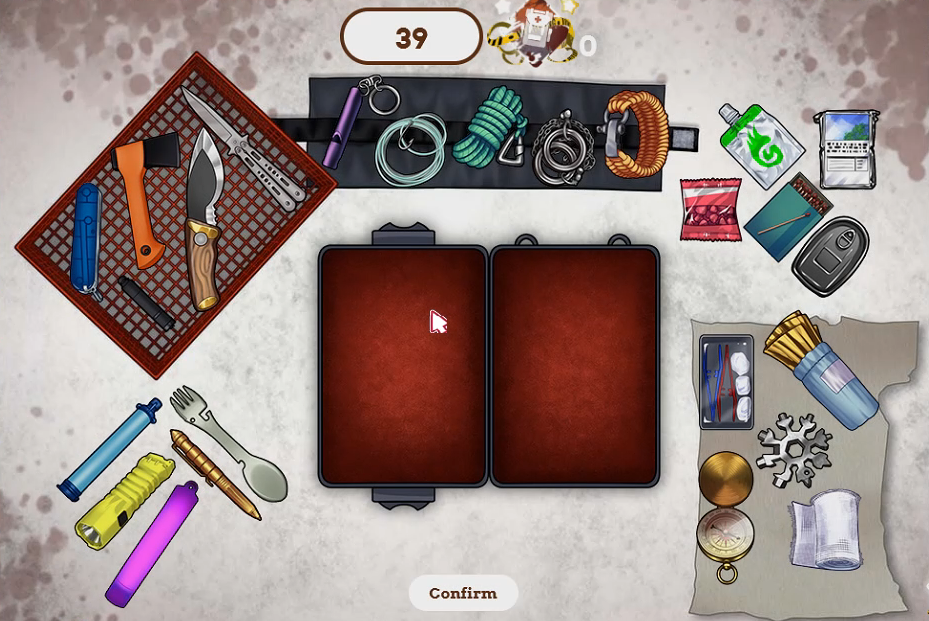 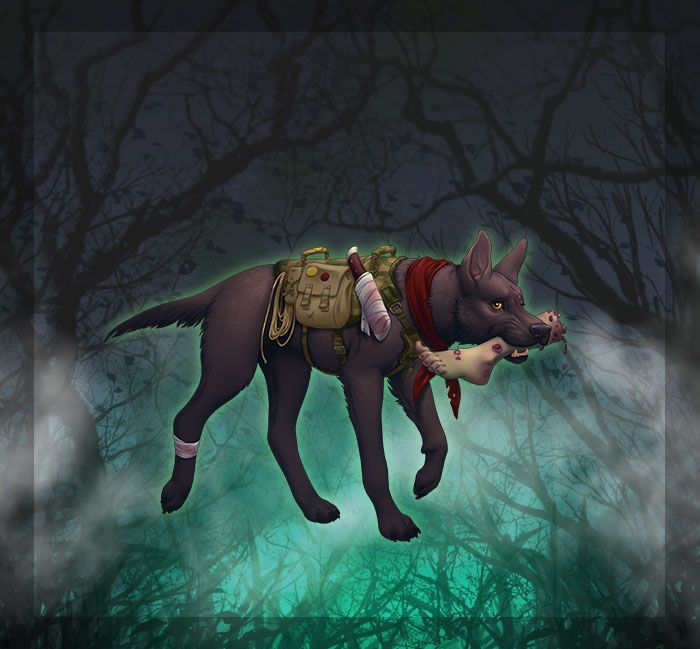 Here you can see the answers for the choices on the date:

Hyun: I’d understand if you abandoned me to save yourself. I’m afraid I’d be a real drag.

A. No way! I’d rather die with you than survive alone! (Correct answer)
B. No way! I’m sure that no one would be able to season the last of the canned goods as well as you!
C. If you’re really worried about the possibility of a zombie invasion, we can play again to practice…

Hyun: Where do you think the best place would be to make our nest to face the invasion?

A. We’d have to go to Rosa’s place, now that I think about it. It’s out of the way, and we could fish to survive.
B. I don’t know… Why not at the Cosy Bear? There are supplies, a first aid kit… (Correct answer)
C. The police station, maybe? There are weapons there, we could defend ourselves.

Hyun: I have to admit that my chances of survival wouldn’t be great in the middle of a wave of zombies.

A. I’m sure that if it were a matter of protecting me from a real invasion, you’d reveal your hidden qualities. (Correct answer)
B. But I’d defend you!
C. You could cook good meals that we would trade in exchange for services from more experienced adventurers.

Nathaniel: I promise to save us… and beat my record!

A. Hey, I did pretty well, I’ll have you know!
B. You still took some unnecessary risks… (Correct answer)
C. Isn’t your head starting to feel a bit tight in that headset? If there was a real invasion, you wouldn’t be so sure of yourself.

A. I think I’d rather let myself be bitten than have to attack someone I know, even if they are zombified.
B. But in cases like that, what choice do you have but to defend yourself? It’s not really the person you once knew. (Correct answer)
C. I think I’d do anything to get away without hurting the zombie involved. That would be too painful.

Nathaniel: In these cases, the key is to stick to the plan…

A. I think we should barricade ourselves in the Cosy Bear. There’d be food! (Correct answer)
B. I think my priority would be to get together with our friends. We’d be stronger together.
C. You’d have to go to the police station to arm yourself, right?

A. But I’m sure that with a little practice I could overtake you!
B. But I’ll defend the fort while you try to find a method of transportation.
C. This should be factored into our strategy. (Correct answer)

Rayan: When it raises so many questions. In fact, we aren’t very far off from the Cartesian theory of the res cogitans…

A. Descartes spoke of a virtual universe like The Matrix, right?  This is something totally different. With haptic suits, the sensations are real.
B. Don’t try to change the topic of conversation! I wonder what Descartes would have said about your performance compared to mine…
C. I promise that if there’s a real zombie invasion, I’d protect that beautiful brain as best I can! (Correct answer)

A. But it’s obvious to me that I’d try to escape.
B. But if recovery is only a hypothesis, for me it’s clear: you have to defend yourself while you are still among the healthy.
C. Honestly, I’d be so petrified by the thought of shooting one of my best friends that I’d probably end up getting infected… (Correct answer)

Rayan: From everything I’ve seen and read, the first few hours are crucial if you want to be one of the heroes of the story and not a zombie.

A. I guess it’s best to flee the cities as quickly as possible to reduce the risk of being bitten. (Correct answer)
B. Personally, I’d run home and barricade myself in with you.
C. I think top priority would be to get together with non-infected people, right?

Rayan: And on the way, we’d probably come across a few groups of infected people…

A. There are different ways to fight zombies. A highly functional brain can be more important than big muscles! (Correct answers)
B. I, for one, would rather die by your side than live without you!
C. Don’t worry! I told you, I’d protect you!

Priya: Can you imagine if there was a real zombie apocalypse? I’d be a dead weight for us, love.

A. Don’t worry, if it happens, I’ll be there to save you again, I promise!
B. No way! You weren’t totally into it, it happens. Want to play again?
C. I don’t think so. In fact, I’m sure that if it were to happen for real, you’d be the one to save us. (Correct answer)

Priya: For me, the real question is: “what do you do if you run into someone you love who has become a zombie?”

A. I think I would try to flee at all costs so I wouldn’t have to kill anyone close to me, even if they were zombified. (Correct answer)
B. I’m afraid you have no choice but to defend yourself at all costs, even if it means…
C. I don’t think I’d be able to do anything. I’d rather let myself be bitten than have to “do the necessary”.

A. I think our first priority would be to find other survivors and regroup to be stronger together.
B. I think we should barricade ourselves in the Cosy Bear, there’s food… and kitchen knives.
C. In my opinion, the first thing to do would be to put as much distance as possible between Amoris and ourselves. (Correct answer)

A. But where would we find horses?
B. But aren’t you afraid that the horse would panic in the midst of all the excitement?
C. But… do you know how to ride a horse? Because I don’t. (Correct answer)

Castiel: It was like being in The Matrix! Roll and bam! A magazine in the head! Infinite style points…

A. Do you really think that your rolls would save us in case of a real zombie invasion? (Correct answer)
B. Personally, what I find stylish is that I managed to survive.
C. Sure, but that’s easy when you spend your life dancing on stage!

A. As far as I am concerned, I think that I’d defend myself no matter what the consequences. (Correct answer)
B. Personally, I think I’d try to run away so I wouldn’t have to choose.
C. I don’t think I could hurt them, even in that form.

A. We could go home and barricade ourselves inside! (Correct answer)
B. We could flee the city as fast as possible to increase our chances of survival!
C. We could run to find Nath at the police station. There are weapons, there!

Castiel: I think the only question that remains is which one of us would go first?

A. I’m afraid it’d be me. The more talented of us has to try to escape at some point.
B. You. Definitely you. Do you want to talk about our respective VR game scores again? (Correct answer)
C. We’d go together, of course, like a real couple.

Here you can see the outfits and the prices of the items if you want to buy another color. 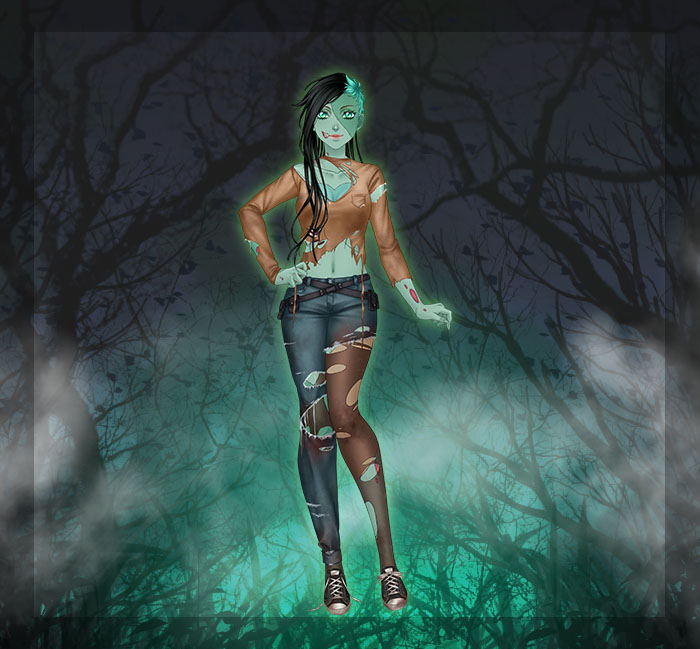 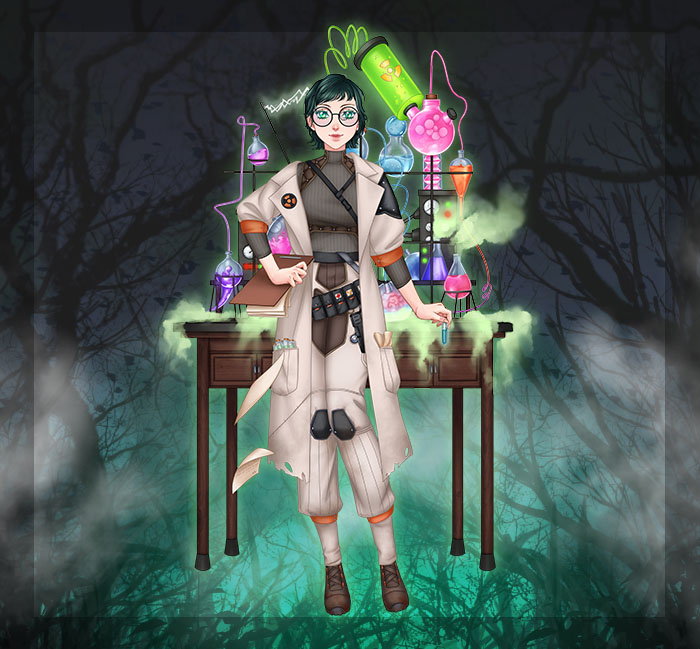