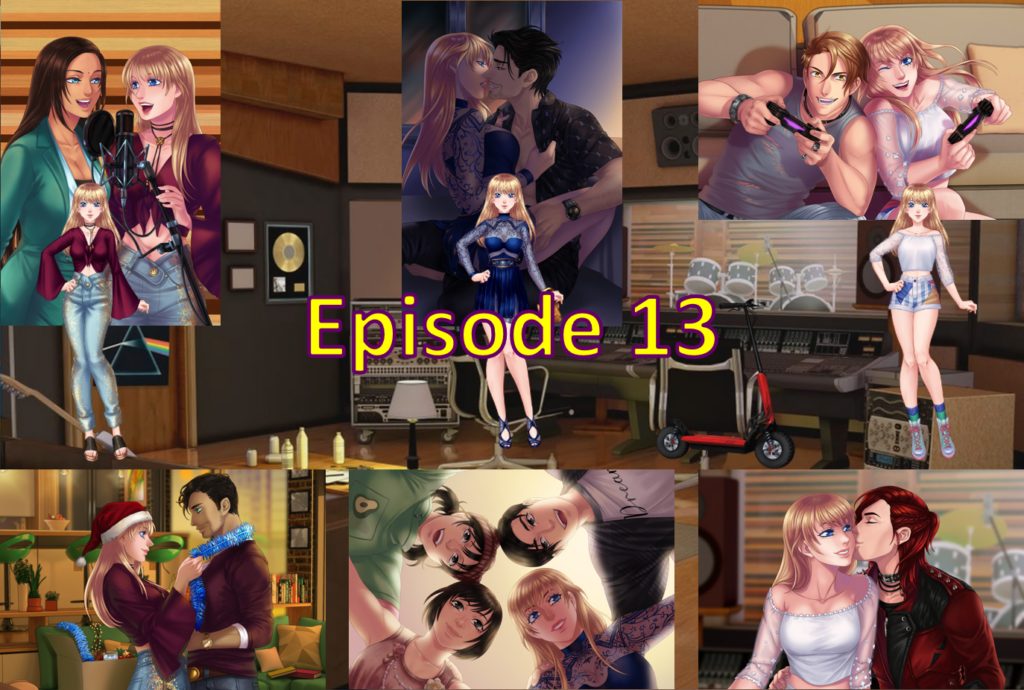 Notes:
– You can get Priya’s, Hyun’s and Eric’s illustration on each route.
– My advice for the illustrations. Try to get the one with your lover on your route. Try only to get the one Eric if you are not happy with your relationship.
– You can let the part with Eric end in four options.
Option 1: Rejecting Eric.
Option 2: You say it’s not like you’ve ever thought about this, and if the circumstances were different.
Option 3: Kissing Eric.
Option 4: Kissing Eric and having a wild night with him.
I will write down at the choices to which option they lead.

Fairy/Auntie: at the shop street. You can find her after you have been to Hyun’s house and heard what is going to happen with Hyun’s business, and before you go back to the café. Her part cost 44 AP. She will give you an e-scooter. 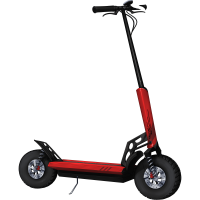 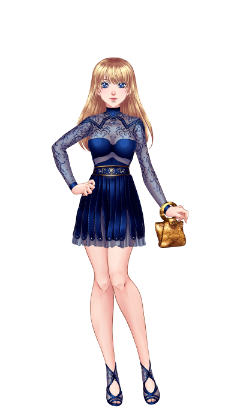 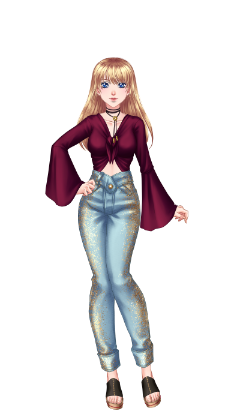 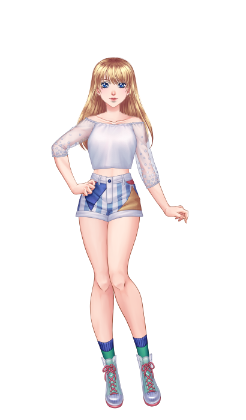 You start this episode at home. It is the morning after you saw Eric.

Candy: (Choice) (Only on Nathaniel’s route)

A. (I think so. I’m going to have to talk to Nath about it, sooner or later. He has the right to know…) / with Nathaniel
B. (Probably not. It’s better Nath never finds out. It would just create unnecessary drama.) / with Nathaniel

Candy: (Choice) (Only on Priya’s route)

A. (I think so. The longer I wait, the more I’m likely to create drama where there isn’t any… Tough luck if it upsets her…) / with Priya
B. (Probably not. It’s better she never finds out. It would just create unnecessary drama.) / with Priya

You have to choose your outfit.

You leave for work. On your way you get a call from Yael. Then go inside the café. There you see Nina and Dambi talking.

A. You know your brother well… I also think that now’s not the best time for you to talk to him about it. / (Hyun will lose Kawaii Cakes)
B. I think you should talk to him. Times of crises are precisely the best opportunities to change things. + (Towards Hyun’s illustration)

Then it is time for the art show with Yael. Go to the main street.

Yael: How about having a drink?

After having a drink in the snake bar, go back outside.

A. Oh, nothing… Never mind. This isn’t the right time. And… I really need to talk to someone else about it first. –
B. Can I count on your discretion? It’s really personal. + (You will tell Yael what happened between you and Eric, this part cost 22AP)

You go home. Then the next day will start. You have to work at the café. Hyun will bring cupcakes. Go with him into the kitchen.

Then go back inside the café. There you will see Marina.

Marina: I know this may seem un-called for, coming from me, but I’m worried about him… Is he okay? (Only on Rayan’s route)

A. What do you think? One doesn’t recuperate from such a shock easily. –
B. I wouldn’t go that far, but overall things are alright. He has questions, lots of questions. +

After this you will have a meeting with Dan at the restaurant.

Dan: *** A… scheduling problem. Sorry. It’s a bit chaotic around here at the moment. You know how things can be… ***

A. Of course, it could happen to anyone. I just hope that things aren’t too serious on your end. +
B. You could have at least let me know. I’ll have you know that I have things to do too. – (another choice)

A. You have some nerve. Wasn’t it you would lectured me on the lesson of being fifteen minutes late? –
B. Yes, yes… Of course… Let’s not get upset. I didn’t want to frustrate you more. +

You go back to the café. There you find Rosalya talking with Eva.

Eva: If you think that I want my baby to become on of those dummies glued to a screen, you’re wrong…

A. Eva… I think Rosa knows what she is talking about. She’s a psychologist. + with Rosalya and / with Eva
B. You’re right, Eva. No one knows better than a mother what’s good for their child, right? – with Rosa and / with Eva

Go to the terrace with Rosalya.

A. I still don’t know what to think of her. I feel bad for her just as much as I’m angry with her… –
B. It’s strange, but, deep down, I’m not even angry with her. Paradoxically, she’s almost a victim… +

Rosalya: Is everything alright with you?

A. Hmm… I’m afraid that our lesson in psychology isn’t over for today… I’ve been wondering about a lot, actually… + (Another choice) (You will tell Rosalya what happened between you and Eric, this part cost 36AP)
B. Yeah, don’t worry… I’m tired, but it’s nothing. Some work thing. /

Rosalya: (Choice) (If you choose the content of A)

A. But I don’t know why he put such an idea into his head. He knows that I’m in a relationship. +
B. And I really don’t know what to think… /

Castiel will call you and ask you to come to the studio. You will also see Priya there.

Priya: And that’s the last thing I saw coming…

A. Priya… You’ve always held yourself… in high esteem. It may be time for you to learn how to look at yourself in a new way, don’t you think? + (Towards Priya’s illustration) (Towards singing back vocals with Priya, that will come on the next album of Crowstorm)
B. Priya… You can’t let what happened affect you like that. It wasn’t your fault. –

Castiel: We are straying from our original idea: (nickname), what would you do in my situation?

A. I’m sorry, Priya… But if I were you, Castiel, I wouldn’t complicate things, and I would sign. + with Castiel and – with Priya (Illustration with Castiel) (Castiel will sign the contract with Ronnie Dialy)
B. You aren’t going to like my answer… But I would follow Priya’s advice, even if that means you’ll have to wait. – with Castiel and + with priya (Illustration with Priya) (Castiel will start his own label) (Singing back vocals with Priya, that will come on the next album of Crowstorm)

Go back to the café. You will call with Eric.

Eric: *** I wanted for us to talk… about what happened between us, the other night. ***

Go home to your lover.

The story will skip two days, and then you have to go to work. At work, you get a call from Hyun. Go over to his place.

Then go back to the café. On your way you can find the fairy she is at the shop street. Her part cost 44 AP, and she will give you an e-scooter.

After closing the café, walk with Eric to the snake room.

Eric: And I’m not even sure that you want to go for a drink with me.

A. And why not? It appears as if you are the one who’s been avoiding me, since the other night… +
B. It’s okay, Eric. We are both adults. We can go have a drink together with the most honorable intentions, can’t we? –
C. Yeah, it may not be such a good idea… But you promised me that we would talk about the other night, didn’t you? /

Eric: How many times was I able to think of you, and you’ve always been there for me. And what my life would have been if…

Eric: And I could definitely see that shiver of relaxation when I arrived…

A. Well, so much attention just for me… Careful, I’m going to end up thinking that you really like me. +
B. I was happy to see you, that’s true… But I never saw things from that point of view… –

Eric: And then you came into my life and everything I thought I knew didn’t mean anything anymore…

Eric: (Choice) (If you choose the content of A in the choice: And then you came into my life and everything I thought I knew didn’t mean anything anymore…)

A. It’s… completely crazy. But… I think I need time to think. / or + (Saying that you need time and thinking what now)
B. I don’t know about you, but I could definitely pass on that drink… We could… go to your place? / or + (Illustration with Eric) (Going to Eric’s apartment and having a wild night with him. Thinking after that what now)

Eric: (Choice) (If you choose the content of B in the choice: And then you came into my life and everything I thought I knew didn’t mean anything anymore…)

Eric: (Choice) (Only on Nathaniel’s route) (If you choose the content of B in the choice: And then you came into my life and everything I thought I knew didn’t mean anything anymore…)

A. But I don’t know what I’m going to do. I haven’t decided yet. –
B. Considering everything we just said, I also think it’s best that this stay between us. +

Eric: (Choice) (Only on Nathaniel’s route) (If you choose the content of C in the choice: And then you came into my life and everything I thought I knew didn’t mean anything anymore…)

A. But maybe you should have thought about that before making a big declaration, don’t you think? –
B. Let me reassure you, I think it will hurt him more than anything else. I think it’s best if things stay between us. +

After the conversation with Eric, the episode will end.