Illustrations: 5 in total. You can get one out of five in a single play through. The illustration depends on choices.

Fairy/Auntie: at the restaurant. You can find her after you talked with Eric and go looking in town for Kim. You first have to go to university, snake bar and Park before you can find her. Don’t go in front of sweet amoris high after you have gone to those three place. Because if you do so the object will pass and you won’t be able to find her. 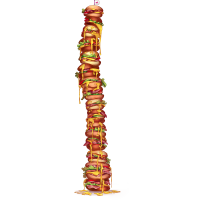 You start this episode in the cosy bear. There is an exhibit happening.

Dan: Don’t you agree, dear (Nickname)? Can you imagine yourself exhibiting that low-class junk?

A. Well, we’re all tired, I think… let’s clean this up, go home and get some sleep. + with Dambi and / with Nina
B. Dambi… this isn’t the first time… I’m sorry but I’m going to have to take it out of your paycheck. / witj Dambi and – with Nina

After the exhibit you go home and straight to bed. Then you skip two days and spend the morning with your lover.

Hyun: I’m waiting for the right time… There’s no hurry. No sense stressing them out for nothing.

A. If you back away far enough, you won’t even see the obstacle anymore. You do need to tell them though. / or +
B. I understand. After all, you know them better than me. You’ll know when the time is right.
C. It’s getting kind of ridiculous, don’t you think? You’re a grown-up now…

Nathaniel: We’re more or less sure that none of my future targets knew my former suppliers directly or indirectly.

A. “More or less”… that’s extremely reassuring. Tell me… do you really have to do this? I for one am scared for you…
B. I’m sure you’ll catch them! Even though I’d rather you didn’t run any risks, obviously. / or +
C. No! What if something happened to you… there must be another way!

Priya: I’m really lucky to have met her. And to climb the ladder by her side!

A. Listening to you… you almost sound like you’re in love. Personally, I’m not sure I’m as much of a Renata fan as you are…
B. Aren’t you trusting her a little too blindly?
C. I’m really happy for you. You’ve found the mentor you were looking for. / or +

You put on your outfit and go to the university.

Rayan: (Choice) (Only on Hyun’s, Priya’s, Nathaniel’s and Castiel’s route)

Rayan: Alright, it’s true I really like hearing about my students. Sorry, I think there’s been a total misunderstanding here. (Only on Rayan’s route)

A. Hmm… Fine, I’ll give you that… it’s true that when you are deep in thought… / or +
B. Personally, I’m kind of afraid to understand too well, unfortunately…

On the way out of the university, you see Chani. You go home with her. When you are at Chani’s home, Violette comes over.

Violette: That’s not really like her. I’m really afraid something happened to her.

A. Don’t worry. There’s most likely a logical explanation. It’s normal for you to be worried, but… –
B. Don’t you think you’re overreacting a little? You’re kind of the emotional type, Violette. +

Kim is missing. The next day you still haven’t heard from her. You go looking. You go first to the gym, then to the café and then to the police station.

Eric: She didn’t answer. Maybe it’s better that way… I got the message and packed my bag.

A. What? But you should’ve insisted! Sometimes we just don’t have the right words… /
B. You did the right thing. If the communication breakdown between you two was that bad… /
C. And even then, she didn’t say anything? That’s wild! /

Eric: The good ‘ole separation to make sure, you know… the idea is to check and see how things are after a month.

A. Maybe that’s a good idea. It’s healthier to be alone to get things in perspective, isn’t it? /
B. After all, maybe you’re going to miss each other… maybe it’s the best way for you to get back together. –
C. Yeah I guess… we know what that kind of thing means, don’t we? +

Eric: Maybe she’d rather lick her wounds out of sight, don’t you think?

A. No, I don’t think anyone should stay alone at a time like this. /
B. Most likely, you’re right, but I promised another friend that I’d find her. /

You go further with looking. You have to go to the snack room, the university and the park. Then stop by the restaurant to find the fairy. Then go in front of sweet amoris high. From there you go to the beach. There you find Kim.

A. Your leg’s going to heal. And there’ll be other Ironmans. You can still do it next year. – 5
B. Everyone’s worried about you. You scared us, disappearing like that. – 5
C. There’s no point in brooding. You have to move on, coach! You’re the one who taught me that… – 5

After you saw Kim, you visit Rosalya.

Rosalya: If Kim made an appointment, that’d be different, but for the time being…

You go back home to your lover.

A. But personally, I think Rosa’s right: more than anything, Kim needs to feel supported by friends. / or +
B. And… knowing Kim, I can’t keep from wondering if he’s kind of right.

Nathaniel: I’m afraid it’s better that way. It’d been going downhill for way too long, if you ask me.

A. I don’t know… I think it’s always sad when people break up, don’t you?
B. I think so, too. He says he’s relieved, even though it didn’t really look like it. / or +
C. I don’t know why he waited so long, actually. It was the best thing they could do.

A. But I wonder if Rosa isn’t exaggerating a little, comparing it to post-traumatic stress… / or +
B. I hope you’re going to go see her soon. Rosa insisted on her getting support from her friends…

Priya: Oh my god, poor thing… She must really be down… Fortunately you all are going to be there for her.

A. Yes, of course! Eric, you know, the detective, thought we needed to give her some time, but I don’t think so. / or +
B. Yes… but at the same time, I don’t know. I’m kind of uncomfortable. Kim clearly said she wanted to be left alone…

A. But I think Rosa’s right. And that, even if it means twisting her arm, we should encourage Kim to get out and see people. / or +
B. I’m wondering though if there’s not some truth to what he thinks. After all, Kim wants to be left alone…

Castiel: Poor thing… She must be devastated. But hey, she’s always been a rock. She’ll get over it!

A. I hope so. But I still wonder if we shouldn’t leave her alone a while… / or +
B. I definitely hope so. And I’m going to do everything I can to be there for her. I know Violette will too… I need to call Nath, too.

The next day starts, you go to the Café. Violette will be there.

Violette: Do you think she might be mad at me for something?

A. No, not really. I think more than anything she’s all doom and gloom these days. – with Viollette and – with Kim
B. Honestly… I think she’s a little jealous of Chani. She didn’t put it that way… + with Violette and + with Kim

Violette: If we just meet up to talk, she’s going to shut down. She needs action too badly. Obviously, that limits things a little…

You go to the beach with Violette. You talk there with Kim. Then the story skips two days. And you will be baby siting with your lover.

A. Fine, if you say you know what you’re doing… I’m warning you, you’re the one who’ll go and put her back to bed if she doesn’t go to sleep. / or + illustration with Hyun
B. No, Hyun, I promised Rosa. She’s not supposed to eat sugar at night.

Nathaniel: Otherwise, I’ll feed you. And I promise you if I give you the evil eye…

A. Nath, you’re going to scare her doing that… she’s just a kid. Weren’t you three years old once? / or + illustration with Nathaniel
B. Nath is right, Thia, children don’t decide! Come on, eat without making a fuss.

Priya: Sure, but it’s never too soon to teach her a little logic, is it?

A. Hmm, you have a point. Between the two of us, we should be able to convince her!
B. She’ll have plenty of time for that later… but for now, all that matters, is for her to eat her carrots, right? / or + illustration with Priya

Rayan: But you promise, right? If I eat the carrots, I’ll be able to jump really high?

A. Rayan’s exaggerating, sweetheart. I don’t think these carrots are magical. / or + illustration with Rayan
B. Rayan knows what he’s saying, Thia. He’s a professor. He knows lots of things. And besides, he really likes superheroes!

A. No… We’re stopping. We’ll sing later, if you’re good, Thia.
B. Well, in that case, might as well play along… Come on, Thia… “Carrots are pretty yucky… but you have to eat them anyway!” / of + illustartion with Castiel

Thia goes to bed. Your lover and you will talk about having kids.

A. That all makes me think that we’re not really ready. Just imagine going through that on a daily basis…? –
B. But I must admit, it makes me want the same. Just imagine, getting to experience that with… our own child? / or +

Hyun: I want my children to be proud of their father… and his cupcakes! But once I’m on my feet…

A. Regardless of the time we choose, I’m sure it’ll be the right one. You know, I can’t wait! / or +
B. Er right, I mean, we aren’t in that big of a hurry either. I have projects to carry out, too.

A. But I must admit, it makes me want the same. Just imagine, getting to experience that with… our own child? –
B. That all makes me think that we’re not really ready. Just imagine going through that on a daily basis…? / or +

A. But I must admit, it makes me want the same. Just imagine, getting to experience that with… our own child? –
B. That all makes me think that we’re not really ready. Just imagine going through that on a daily basis…? / or +

A. That all makes me think that we’re not really ready. Just imagine going through that on a daily basis…? –
B. But I must admit, it makes me want the same. Just imagine, getting to experience that with… our own child? / or +

Rayan: Actually, in the grand scheme of things, if we both agree… Could we not wait too long?

A. Whoa! Not right away! I still want to enjoy my freedom a little.
B. I’m glad you see things that way. I’m sure it’ll be awesome. / or +

A. But I must admit, it makes me want the same. Just imagine, getting to experience that with… our own child? / or+
B. That all makes me think that we’re not really ready. Just imagine going through that on a daily basis…? –

Castiel: I hope that’s not an issue for you.

A. Still, that’s kind of a long time to wait. I for one want to enjoy it while I’m still in shape!
B. That suits me just fine! I’m in no hurry either! I have projects to finish up first. / or +

Your lover and you go to bed and the episode will end.