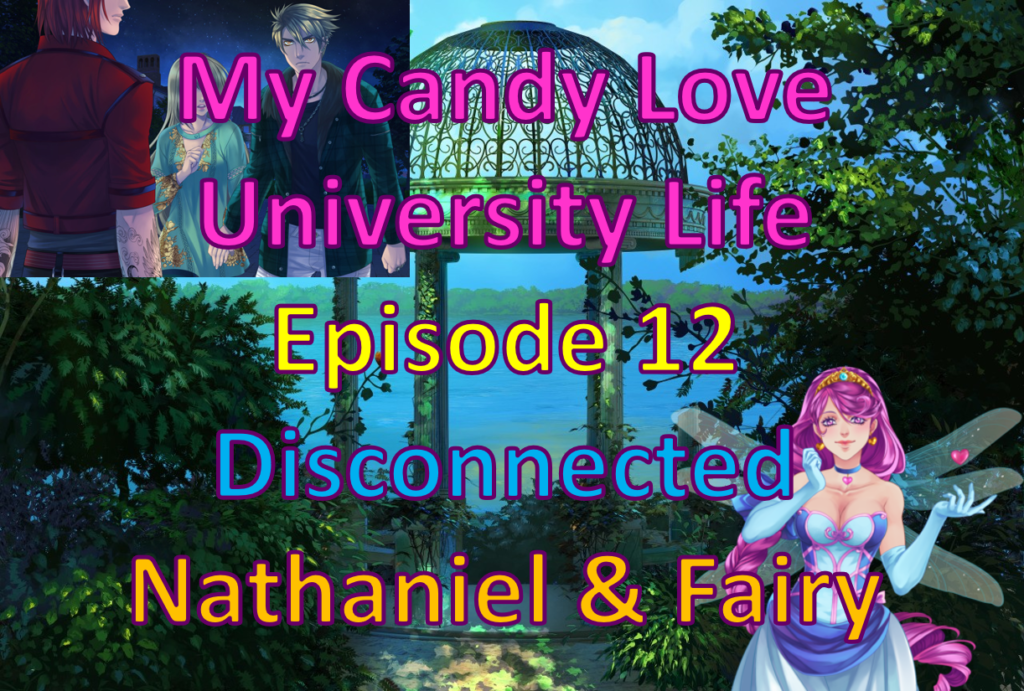 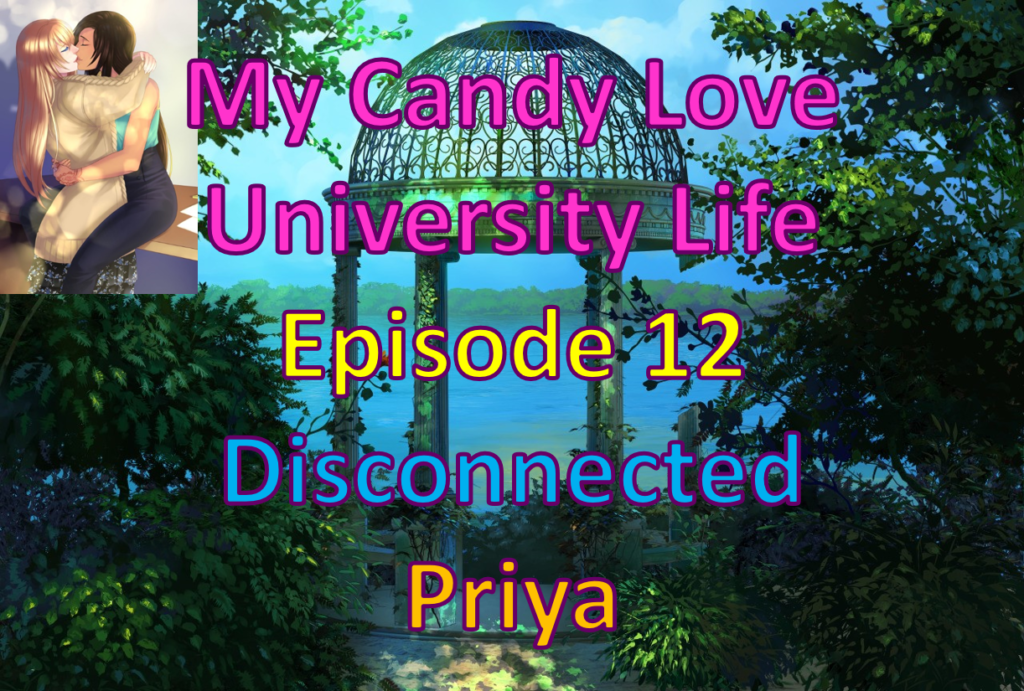 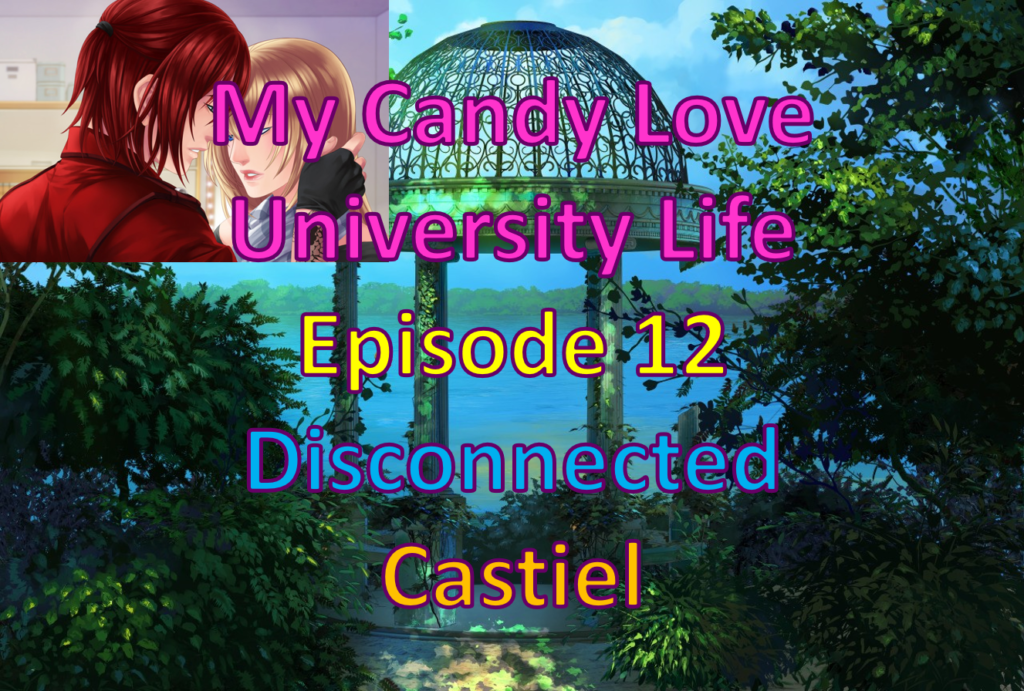 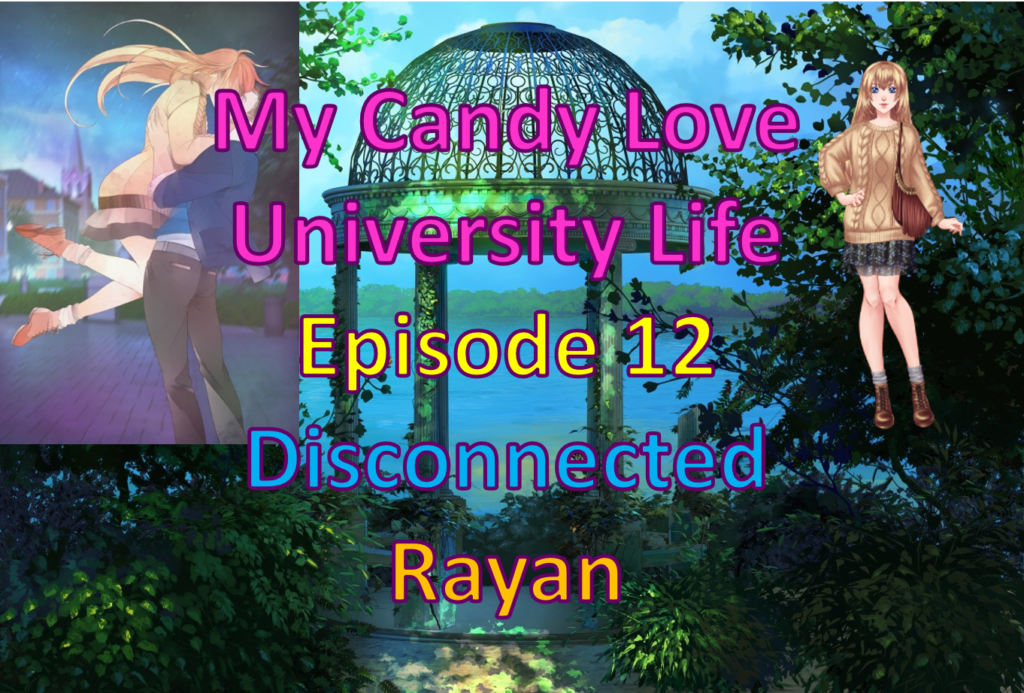 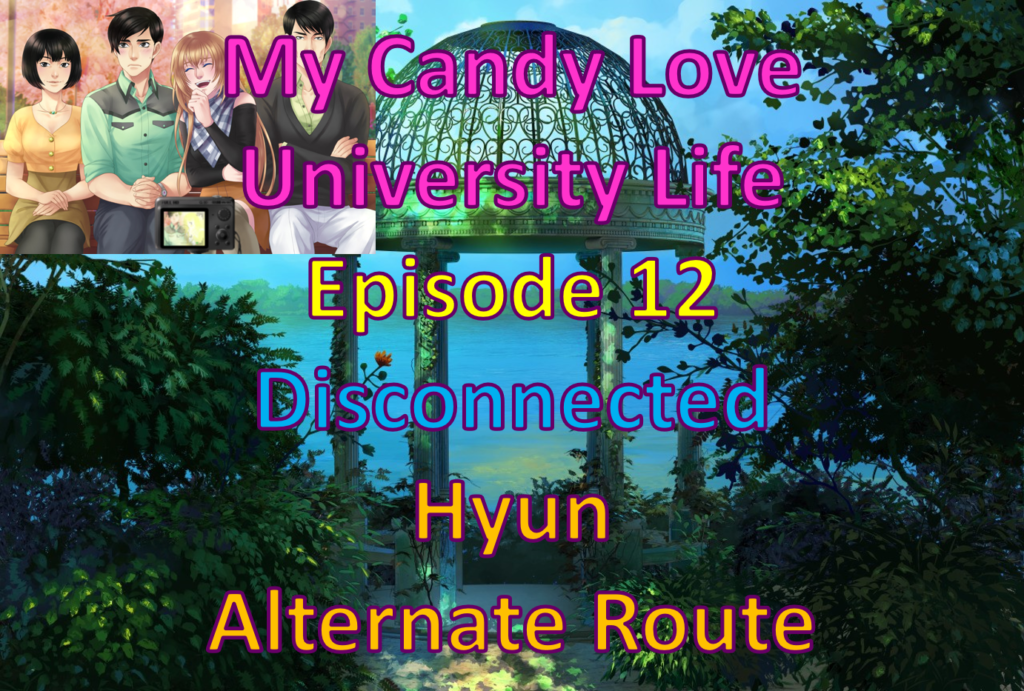 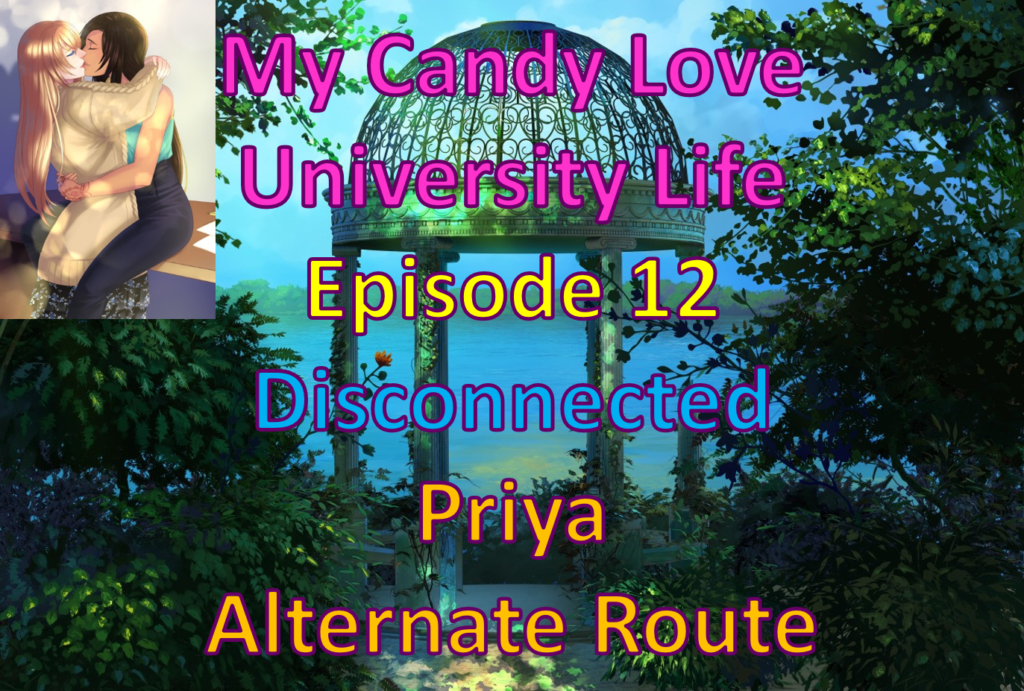 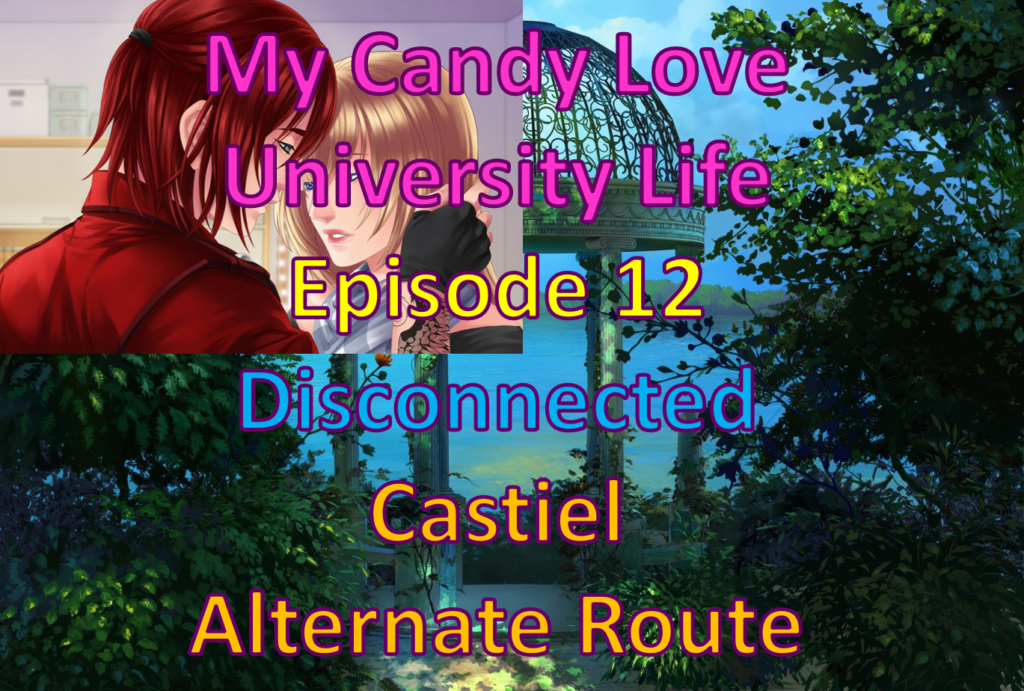 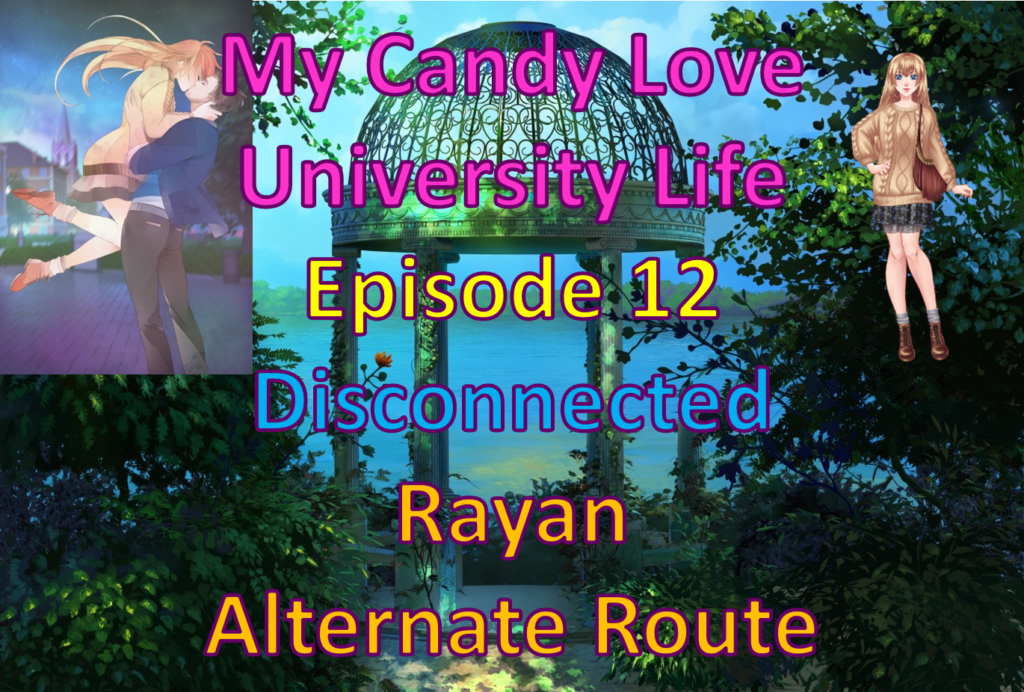 Illustrations: 5 Total. You can get 1 out of 5 in a single playtrough. The illustrations are based on outfit, only Hyun’s illustration is based on dialogue.

Fairy/Auntie: in the park. She can be found during the object: Go to Rosa’s. You will get a camera. 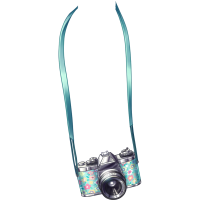 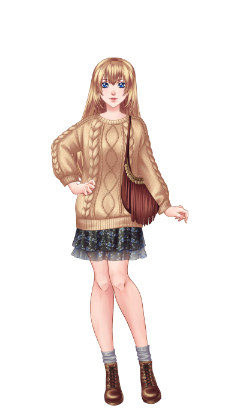 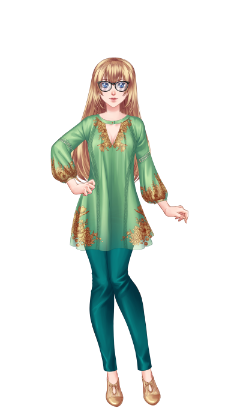 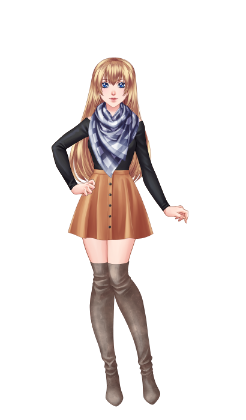 You start this episode where the last episode ended. That can be in your room, Castiel’s house or Chani’s room. You just woke up. The one you spend the night with is on the point of leaving. If you are on Rayan’s route you will wake up alone, the same goes for Castiel’s route if you didn’t sleep with him.

A. Do I look disgusted?  / or +
B. I think someone can end up in that kind of situation much more easily than everyone imagines. So… I’m not judging. / or +
C. I’m just happy you finally confided in me. /

Yeah, I have to run but I didn’t want to give you the impression I was sneaking out, I preferred waking you up to let you know.

A. Hmmm, you should’ve let me sleep. Sleeping in on Saturday morning is normally sacred.
B. It’s a good thing you did, I would’ve wondered. / or +
C. Do you really need to go? +

Wanna stay this way all day, watching movies and series? And we can order pizza?

A. We do whatever you want… /
B. Unfortunately, I have things to do today, but it was a tempting suggestion.
C. AND ICE CREAM! +

A. (I lay down next to him, kissing his neck tenderly) – with Castiel
B. (I’m going to get first dibs on the bathroom and grab a shower while he’s still a sleep…) / with Castiel

Damn… I’m supposed to be at the recording studio in ten minutes.

A. (After all… that’s the way it was agreed. I liked what happened, we both agreed about the fact that it was just a one-nighter…) /
B. (I’m disappointed about the way he’s acting… I was expecting more respect all the same…) –

You go outside alone. If you have slept with Castiel last night but you are not on his route you will meet the one whose route you are on.

Without you, I don’t have the strength. And also because I hope that his time, you won’t let me leave…

A. And I hope you will never leave again. / (later – 35)
B. Nath, listen… I… Thanks for telling me all that. Last Saturday I would’ve been happy to hear this… but something happened last night, I’d rather be honest. – 25

And more than anything, I don’t want it to stop. So there. That’s what I came to tell you.

A. Listen I… I don’t know how to tell you this, there’s no a good way of saying it. But I want to be honest. Something happened last night… – 25
B.  That’s what I want, too. I want it to continue. I thought about last Saturday all week… I was worried not to have heard from you. / (later – 35)

I’m willing to leave the school for that. After all, it’s just a job.

A. Listen… You’re telling me what I would’ve liked to hear on Monday. But… Things happened in the meantime. Last night… – 25
B. No, that’s out of the question. You like your job more than anything, you’re not going to quit because of me. / (later – 35)

After this you will meet Morgan

A. You look miserable, is it because we haven’t organized a study night in a long time? Admit it! +
B. It’s not the best day of the year for you either? /

And I think he needed to talk, otherwise he would’ve gone crazy.

A. I totally get it… After all, you’re his boyfriend. +
B. Rosalya made us promise not to talk about it. I’m kind of… surprised he did. –

Morgan asks you to talk with Alexy

A. Everything’s fine, Alex, you did well. You trust Morgan so I trust him, too. +
B. Obviously you needed to talk about it, so you did what you could. /
C. That wasn’t a very bright idea… If Rosa finds out, she’s likely to take it badly. –

After you have spoken with Alexy you have decided to go to Rosalya. But first you have to work in the café.

After you leave, she’ll give me a trial-run at the cafe!

When you are done with work it is very late. You want to go home. You will see Rosa tomorrow. On the way home you see Hyun talking with his mother.

Then I can’t see how any relationship can withstand the world as it is.

A. Not everyone cope with things the same way. Your parents made that choice, that doesn’t mean you will never experience true love! –
B. No matter how old the children are, it’s never easy to witness your parents going through a divorce. It’s normal for you to take it badly, Hyun… /

After you have seen Hyun, you go to your room. You read a newspaper, there will be rumors in it about you and Castiel. If you aren’t on Castiel’s route your crushes will come over and ask if the rumors are true. If you have slept with Castiel and tells your crush about it he will not come over.

The next morning you have a lot of things on your mind. You wanna speak with Hyun and Rosalya. But first you put on a new outfit.

Your first try Hyun, but he is not in his room, so you go to Rosa.

Now you can find the fairy. She is in the park. Just go back and forward between the park and the park entrance until she pops up.

You and Alexy take Rosa outside. You will buy some crepes to eat. The crepes are 15G.

With you two, yes.

A. When are you going to start renovating your house at the beach? –
B. Is the light to bright? /
C. Shall we keep on walking? +

When you are with Rosa and Alexy, Hyun will come across you. You go talk to him.

You think that sounds ridiculous, don’t you? Divorce has become a commonplace for most people.

Obviously, we won’t bring this topic up again, I think you’ve already heard enough stories about our family. We’ll behave ourselves!

A. (I looked at Hyun who wasn’t saying a word. I think he needs to spend some time with his family…) /
B. Well, if you’re sure you don’t mind, I’ll stay. / (+ with Hyun) (Towards Hyun’s illustration)

After a while you go back to the campus. You will meet Castiel and the one who you kissed you in episode 10. If you were wearing the right outfit you will receive your illustration. If you are on Castiel’s route you will meet him alone.

A. You disappointed me, you went too far.
B. You’re playing with my feelings, Castiel. / or +

You didn’t let me finish.

And this is the end of episode 12