Illustrations: 5 Total. You can get one out of five in a single play through. Dialogue and outfit choices will depend on if you get the illustration.

Fairy/Auntie: Hospital Room 1 or Upstairs Hallway. She can be found during the objective: Find Lysander’s doctor and tell him the truth about Nina. You will get a stethoscope. 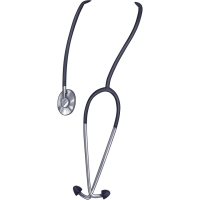 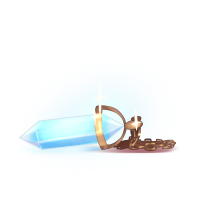 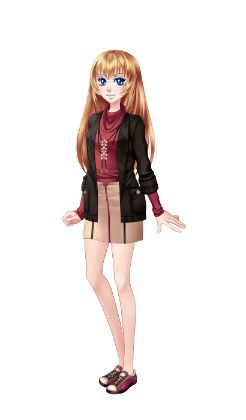 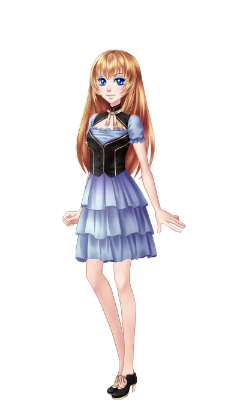 You start the episode in your room worrying about meeting Lysander tomorrow. You call some friends. When you are on Lysander’s route you ask Castiel to come with you, otherwise you will ask your boyfriend.

What do you want, (nickname)?

After calling some friends, you will go to sleep. When you wake up, you will get to choose your outfit.

You will go outside to take the bus, but first you get a call from Lucy. You have to click on the telephone in the living room to answer the call.

A. It would have been with pleasure, but I already have plans. /
B. Well, you don’t seem the least bit bothered! /
C. Listen Lucy, this isn’t the best time… /

If you are not on Lysander’s route, you first meet your boyfriend.

A. Oh yeah? Yet we saw each other yesterday.
B. I missed you too. + (Towards Nathaniel’s illustration)
C. You’re so adorable.

Even if the occasion isn’t a joyous one, I’m happy that we could see each other today.

A. It’s true that seeing each other at school isn’t the same. + (Towards Armin’s illustration)
B. Really?
C. Like you said, I would have liked the occasion to be different…

A. Are you going to be okay?
B. Don’t worry, everything is going to be okay.
C. (Without saying anything, I got close to him to give him a hug.) + (Towards Castiel’s illustration)

After this, you will miss your first bus. You decide to go to the shops to buy a gift for Lysander.

You will take the next bus, the trip costs 2G. You will only have to pay the bus trip on Lysander’s route. And in the hospital you will meet Rosa and Lysander.

A. We are friends. /
B. We are classmates. /
C. You were there for me during some difficult times. / (+ on Lysander’s route)

(Nickname) also is in school with us. You don’t remember your first encounter? The first time you talked to each other was… Uh…

A. I thought you were a ghost. / (+ With Lysander) (towards Lysander’s illustration)
B. You were rehearsing with Castiel in the basement. /
C. It was at night. I had one of the worst scares of my life!

Now you can find the hidden item. Go to hospital room 1 and open the drawer. Inside you will find a Chrystal Pedant. Later in the episode you can decide if you want to keep it. 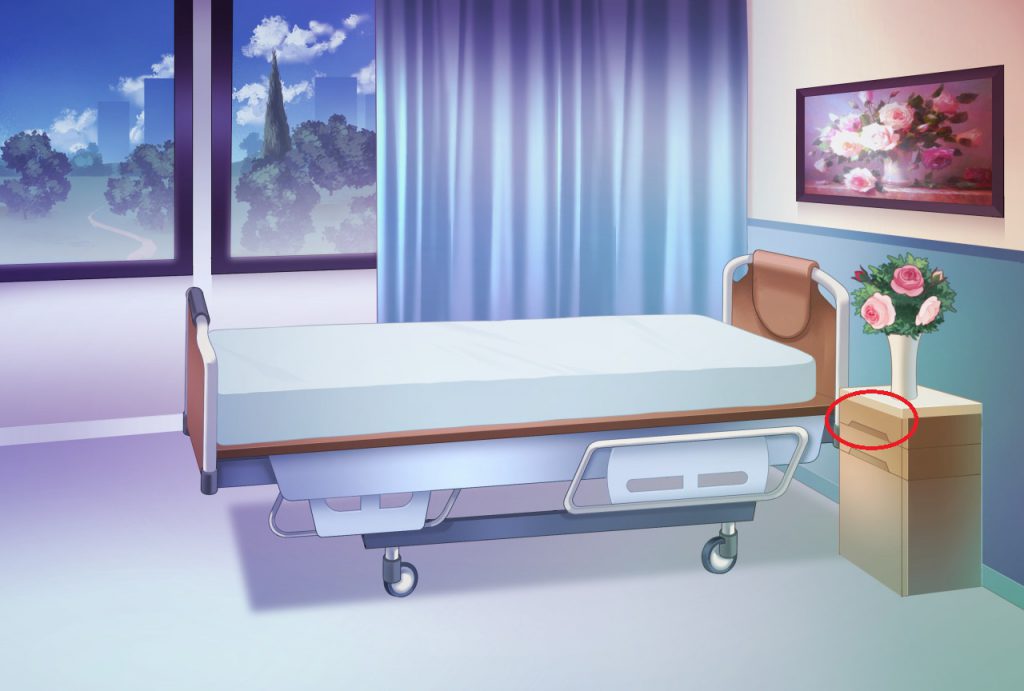 After meeting Lysander you will go outside, you will meet Castiel.

How on earth… He doesn’t even remember who you are?

You will go back inside and see Nina with Lysander.

If you want, you could talk to her after, (nickname). For the moment, she and I have things to talk about.

A. Oh, so now you remember my name? / (Towards Lysander’s illustration)
B. (Don’t say anything.) /

When you have seen Lysander and Nina together you try to find someone else to calm.

I’m going to make her leave, I guarantee you she won’t be here much longer!

A. (I let them get angry… I’m so angry at Nina. Maybe because she’s the cause of the accident.) / (Towards Lysander’s, Armin’s, Kentin’s illustration)
B. (I preferred to interrupt them. After all, Nina is just a lost little girl. We should be able to reason with her.) / (Towards Nathaniel’s, Castiel’s illustration)

You will go back to Lysander to confront Nina.

I’m lost on the kind of relationships I had with all of you.

You will leave him alone after you have told him that Rosa is in relationship with Leigh. You try to find others who have talked with Nina.

I’m going up to see him, and this time, nobody stands in my way of telling him the truth.

A. Castiel, wait. – (Towards Castiel’s illustration)
B. Well, go then, but don’t come complaining to me after! /

Then you will try to find a doctor. While you are searching, you will order a meal, the meal costs 2G. Then you will come across Rosa.

A. You could have told me about you and Lysander! –
B. Do you know what Lysander thinks of you? /
C. I have something to tell you about Lysander, you might be surprised. /

Rosa will go with you to try to find a doctor.

Now you can meet the fairy. Just go back and forward between hospital room 1 and the third floor hallway until she appears.

Everyone was very scared and the amnesia worries them a lot, even if he seems to remember the essential things.

A. …. (“The essential things”? That really upsetting, he doesn’t even remember me…) /
B. Yes… It’s encouraging. +
C. Really? So he remembers what’s going on with his father?

When you seem unable to find a doctor, you will go to the reception.

Get out of here or I’m calling security!

A. (It’s out of the question that I help him, seeing the way he snapped at me earlier) /
B. Please… He’s with us, I know him… I-I’m sure he did nothing wrong. + (Towards Castiel’s illustrations)

About Nina? Your friend has already told me that apparently she’s not my patient’s girlfriend.

If Nina is known by all the doctors, that means that…

A. We have no idea what that could mean. /
B. It means that she’s been following Lysander and his father for quite some time! /
C. It means she’s been her in the past… /

You and Rosa will go to Lysander to talk about Nina and everything if you are on Lysander’s route, otherwise you will go looking for your boyfriend. In the meantime you will meet some people.

A. (Well, if this is how it’s going to be, I’ll just keep the necklace. It’s not in my habits, but oh well. I don’t want to deal with her anymore.) (Keep Necklace)
B. (Alright, I’ll give her the necklace and go. At least I’m honest.)

When you and Rosa are talking to Lysander you will get the illustration with Lysander if you are on his route.

A. (Now it’s definitely impossible to resent her. I’m not forgiving everything she has done, but the circumstances have changed a lot of things.) +
B. (Okay, she’s going through a tough time, but that doesn’t excuse everything she’s done to Lysander!) /

After this you go home. On the way out you will meet your boyfriend if you are not on Lysander’s route.

I like the idea of me being to one you turn to when things are tough.

A. It could’ve been even worst… (Nathaniel’s illustration)
B. I’d still do even when things are good. (I smiled at him.)

I wanted to be here for you today.

A. I’m really happy I can count on you… + (Armin’s illustration)
B. Don’t make that face, you were great! /

I told myself that searching for the kid would help fix the situation.

A. Thank goodness you were here… / (Kentin’s illustration)
B. Don’t make that face, it was good initiative on your part! /

If you have chosen the right answers, you will get the illustration.

After this, episode 31 will end.